The Forms for the clan Organization Final Twilight, for chat battle/ role playing tourneys ad ranking, and for anime discussion.

You are not connected. Please login or register 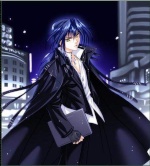 Members are allowed to postt their own tips and teams here.
Silent Blackheart

Using Chad should be somewhat self-explanatory but alot of players tend to get just a LITTLE to greedy.

Heavy draw + Draw might be appealing but remember to not try too hard, sometimes it's better to just fire and start from scratch.

Pro tip: if Chad isn't the center of your strategy or an afford to take a hit or two, try activating Draw or Heavy Draw, because these moves aren't invisible you're opponet will see them, why does this matter? sometimes people were focus thier attention on Chad to prevent taking heavy damage and the sudden random activate of Draw or Heavy Draw may trick them into focusing on Chad that turn and give you another turn to use as you may need, this works for other characters as well so keep it in mind!

(I'll be releasing more of these for other characters over time and make an attempt to update them to fit characters boosts/nerfs/reworks as necesary, after all some characters are just a little harder to use then others and some are simply under-utilised)
Sponsored content

Which cb room would you rather fight in?